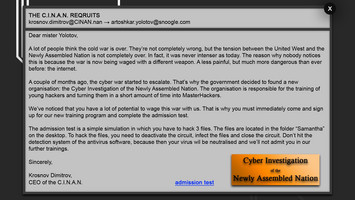 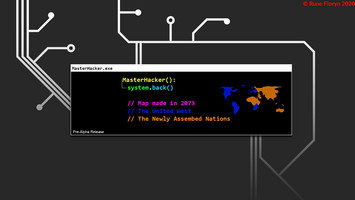 Just like in the previous update, many new bugs are fixed. Everytime I ad something to the game a new bug shows up that I have to solve. In this way, the structure of the game keeps getting better.

The storyline of the game is being continued. I designed a new level with a new part of the story. I also made a little change in the storyline. First I wanted to use real countries, but after I time I came up with two states involved in a cyber war. In the west we find the United West and on the other side of the world the Newly Assembled Nation.

I noticed that the game could look really awful on laptopscreens. Luckily I found a solution to maintain a good image quality on each computer.

Become a masterhacker and make the world unsafe with your evil malware.